What Is A Two-Way Contract In The NBA?

I have recently observed in the NBA that two-way contracts have grown in popularity over the past few seasons.

Two-way contracts are a great way for NBA teams to scout new talent and give players a flexible two-way deal in both their leagues.

You may be asking yourself, how do two-way contracts work, and why are they getting more popular?

In this article, I will dive into how these contracts work and how players get officially drafted to their chosen NBA franchise.

What Is An NBA Two-Way Contract?

An NBA two-way contract is a contract that allows a basketball player to play in both the NBA G League and the NBA league simultaneously.

Two-way contracts allow NBA G League players to prove themselves to NBA teams. This potentially gives them a chance to officially sign with them.

A two-way contract allows two-way players to spend a portion of their regular season securing regular contracts if the NBA team they are obligated to is impressed with their performance.

Some insiders say that two-way contracts can also be used for restricted free agency.

What’s The Purpose Of A Two-Way Contract?

The main purpose why NBA G League players sign two-way contracts is to have the NBA experience while at the same time grab the opportunity to test whether or not they are fit in NBA teams.

Young players in the G League do not have many opportunities when aspiring to get into NBA rosters. This is the reason why a two-way contract exists and why it is such a big deal. 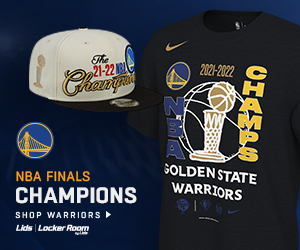 Some players may not get their names called during the NBA draft. The two-way contract allows players to get a chance to fit into NBA roster spots.

Once a G League player signs the two-way contract, they will be able to participate in the NBA team they signed with and join their practices, games, and scrimmages.

What Are The Obligations And Requirements Of Two-Way Contracts?

For a two-way player to be eligible to sign a two-way contract, he must have fewer or equal to four years of NBA experience.

The primary goal of the contract is to help young talents secure their future careers in the NBA, especially if they come off the NBA draft.

They are only allowed to spend 45 days with their NBA team in the regular season. They are not permitted to play in the NBA playoffs.

A two-way player will spend the rest of his time back in the G League unless the NBA team they signed with offers them a standard NBA contract, hence the two-way deals.

NBA teams have signed some two-way players to full-time contracts, but many have not had the same luck.

How Much Is An NBA Two-Way Contract Salary?

One of the biggest benefits of two-way contracts is their two-way deals. The two-way deal involves the player being able to play in two leagues – the NBA and the G League.

While the two-way players do not have standard contracts like NBA players, their overall salary has some benefits and additions.

A two-way player who signs this contract will experience a significant increase in salary, and the amount is usually the same salary as the rookie minimum salary worth $200,000.

While having the rookie minimum salary may sound odd for players with four years of NBA experience, it is a significant jump from the G League salary to the NBA salary.

How About Players That Come From The Summer League Or NBA Training Camp?

Players that come from these two groups have different opportunities.

In the summer league, they strongly advise against signing the two-way contract because they believe it is not player-friendly.

Meanwhile, players participating in the NBA training camp that the NBA teams want to sign can receive up to $50,000 when signed by the NBA G League.

Changes To The Two-Way Contract

For the NBA and G League to adapt to the global pandemic, changes had to be made with everything basketball, including how the two-way contract operated.

For the entire regular season of 2020-2021 onwards, the NBA changed the rules so that two-way contract players would receive a fixed salary worth $449,155, which is half the rookie minimum.

Another change they implemented during that season is that the 50-game limitation in these contracts was lifted.

Two-way contract players can participate in the NBA playoffs and play for the entire regular season.

I will list down below the two-way contract players who chose to sign with NBA teams that also play for the respective G League team they have signed with.

Do you still have questions or need clarification about the topic? I will answer some of the most frequently asked questions about NBA two-way contracts.

Can An NBA Team With No G League Affiliate Use Two-Way Contracts?

Yes. An NBA team with no G league affiliate can still sign players to two-way contracts, and restrictions and limitations are not bound to their games.

NBA teams with no G League affiliate are the following: Portland Trail Blazers, Denver Nuggets, and the New Orleans Pelicans.

The general manager of these organizations can utilize their option to sign a two-way contract, so long as the players fit their roster and can contribute to their upcoming games.

The rule that governs this is the Flex Assignment Rule, which states, “Upon receipt of an assignment from an independent NBA team, the NBA G League will identify any NBA G League team willing to accept the assigned player.”

What Is The Maximum Number Of Two-Way Players an NBA Team Can Have?

An NBA team can only have two (2) two-way contract players on their roster. Those two players should have fewer than four years of NBA experience for teams to maximize their two-ways.

The NBA’s maximum number of players per roster is 15.

The 15 players make up the official roster for every team in the NBA. They compose of the starting five , the bench, and the reserves.

The two available spots for the NBA rosters are the 16th and 17th, which are strictly reserved for their two-way players, bound by the two-way contracts.

What Happens When Two-Way Players Get Injured?

If the NBA team’s two-way players get injured, they will be treated like their regular NBA contract players, as long as they do not participate in team activities.

The rehabilitation is not counted towards the maximum of 45 to 50 days.

However, this situation will depend on the organization handling these players. Some teams may choose to count the rehabilitation as part of the 45 days because they use the team’s facilities. However, others don’t count it as a way for their players to receive benefits.

Teams can opt to save their 45 days for their two-way players in order to maximize their 45-day stay with the NBA team and when they have recovered and are physically fit to play.

The NBA has many great players from different sources, from the players drafted to overlooked prospects that organizations managed to acquire over the years.

Some of the best players of all time so happened to be signed as a free agent until their NBA team picked them up and fully utilized their talents and skills.

While it is great to know how the two-way contract works, it is also important to remember that letting a player thrive takes patience and hard work.

While two-way players may not be at the NBA level of competition and play, they are still worth considering. Who knows? Maybe we’ll have another generational talent coming from this type of contract.