I came across a very interesting set of videos of Michael Jordan. In the videos, he was sharing basketball tips and demonstrating his favorite signature moves. These were likely shot after his final retirement in the early 2000s. The videos are free to watch. You can find them here.

TLDW (too long, didn’t watch)? Don’t worry, I’ve got you covered. Read on to learn valuable lessons from one of the best basketball players of all time.

To be a good offensive player, you must train yourself to execute any move from both left and right. This will increase your options and shooting opportunities. You will be able to throw the defense off guard easily.

If you can only perform a move on one side e.g. your left hand and foot, then the defense can exploit that weakness and force you to the other side. This can cost you a turnover.

I fully agree with this. I think this is the most important advice in the entire video.

The Triple Threat is Michael Jordan’s favorite offensive move in the early years of his career. A player with possession of the ball can choose to shoot, pass or drive to the basket.

Michael enhances his triple threat moves with a few techniques.

He uses the jab step to attack and get the defense to react. He then plans his next move depending on the action taken by the defense. He follows this up with a crossover dribble in the opposite direction so he can get an opening.

He likes to throw the defense off guard when shooting by using a fake. Once the defense is out of their defensive stance, it becomes easy for him to take the shot.

The fadeaway jump shot became Michael’s favorite move in the later part of his career. He practiced and developed his fadeaway jump shot to give himself an option when he was double teamed by the defense. He became so good at it that defenders found it hard to stop him.

According to Michael, this is the most difficult shot to make other than the free throw. It helps to create space between yourself and the defense.

It is a very good tactic if you master it. Even the late Kobe Bryant agrees.

Here are Michael’s top tips to  mastering the fadeaway:

For Michael, free throws are one of the most difficult shots. There is a lot of pressure to make the shot. Not to mention the crowds which could be very distracting.

Here are Michael’s top tips for perfecting your free throw:

Michael advises offensive players to keep the defense moving even if you do not have the ball. Remember that the offense always has the advantage. It will be more difficult for the defense to keep up with your progress and stop your offensive plays.

Screens are a great offensive tool to free up a teammate for the shot. 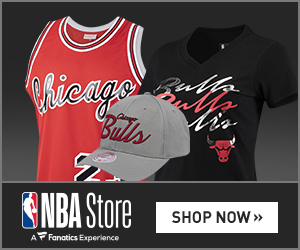 As an offensive player moving around the court without the basketball, you should know how to take advantage of a screen created by your teammate.

His top tips for using screens in basketball:

In this lesson, Michael talks about the different passes in basketball and shares his own small tips on how to make the most of them.

Michael Jordan (MJ) views defensive awards as more prestigious than offensive awards. Playing good defense is harder. Not many can successfully stop an offensive player from doing what they want to do.

Michael’s pro tip: Head straight and steady. Use your peripheral vision to keep your man and the ball in your line of sight.

Defensive vision plays a role in teamwork. Every member of the defensive team must have their eye on the ball and their man using their peripheral vision.

When the ball is one pass away from your man, position yourself to make that pass difficult using your hands and stance.

Being On A String

Michael’s final tip to achieving defensive greatness is learning to work with your teammates. This is called being on a string.

All guys in a defensive team should be moving together. The team has one goal which is to stop a shot from being made.

If your man is two passes away, adjust your line of sight and position as the ball moves around. Maintain a view of both the ball and your man using your peripheral vision. As the ball moves, defensive players should react accordingly.

The last few videos focus on what Michael has done to become the player that he is as well as his advice to players who are aspiring to enter the NBA or WNBA.

I found this section to be really interesting as it also reveals a side of MJ that I did not know about previously.

Does MJ ever get scared before a game? He is usually nervous before a game but once it starts, he falls back into what he has practiced and it becomes routine. He is confident of his skills and is never scared to do things on the basketball court.

When Michael was a kid, he would ride his bicycle a lot and practice jumping and dunking. Exercising the muscles needed for jumping can somehow improve your ability to jump. This however, is not a guarantee that you will be the highest jumper.

Michael was motivated to work and practice on his shooting when defenders started to force him to take shots when he was driving to the basket.

At the end of the day, it’s all about offensive players taking what the defensive players give you. I would explain this by, if they are forcing you to take the shot, make good on the shot.

Tip For Getting To The NBA Or WNBA

Getting to these prestigious leagues takes a lot of hard work. You should focus and work on the weak points in your game. Be a complete basketball player. Be someone who is versatile. Someone who can play defense and offense very well.

Likewise, to become a better basketball player you must improve on your weaknesses so they become strengths. Don’t forget to keep working on your strengths so they don’t become weaknesses.

Before any tournament, MJ likes to relax, joke around, and listen to music. It helps him take his  mind off the game.

During the game, he focuses on his athletic skills and teamwork. He challenges himself to overcome his weaknesses both physically and mentally.

Does he think that other players are afraid of him?

He believes that other players respect his talents. He exerted efforts to do many things well so his opponents cannot force him to do something that he doesn’t want to do or a move that he can’t do well on the court.

This is very important for anyone participating in any athletic event. It can vary from person to person.

Michael works out daily. Sometimes he works out with weights, sometimes just aerobic exercises without weights. He always includes stretching as part of conditioning and pre-workout. He runs a lot to improve stamina.

For breakfast, he eats pancakes and cereal. After that he goes to practice. He has another meal after practice and a meal in the evening.

On game days, he eats his favorite meal which is steak and potatoes. It gives him the energy to play the game and have a good recovery afterwards.

He also reminded the viewers about the importance of having a lot of rest.

I was most intrigued by what he eats back when he was active in basketball. I was under the impression that he had a very controlled diet. Perhaps things were different back in the 1990s when he was at his peak.

I enjoyed watching these videos not only for the basketball tips and techniques. I also appreciated the details that Michael shared about his physical and mental conditioning. There were some surprising revelations which I did  not expect.

The most important takeaway from all this is that anyone who is aspiring to be a great basketball player must keep practicing and continuously improve on their weaknesses.

It is a fantastic privilege to get advice from someone who is regarded as one of the best players of all time.