Basketball 101: Everything You Need To Know

Basketball is a team sport that is both fun and competitive. The entry barrier is quite low as it only requires a basketball, hoop, players, and a court. While it appears to be a simple game, it actually requires both physical and mental toughness. You should have the stamina to run up and down the court. Mentally, you have to think of the plays that your team runs and adjust according to your opponents’ defense.

I will go over the basketball basics with you in this basketball 101 to help you navigate as a beginner.

Basketball is played by two opposing teams of five players each on the court. The objective is for your team to score by shooting the ball in the opponents’ goal or basket. This is called the offense. On the other end, you have to prevent the opposing team from scoring in your basket. This is referred to as defense. The team that has scored more points after the allocated time will be declared the winner.

These positions are sometimes referred to as position numbers 1 (PG), 2 (SG), 3 (SF), 4 (PF), and 5 (C). The above mentioned roles are just guidelines based on the traditional way the game is played. As the game has evolved, the roles are also quickly changing to adapt to the change in speed and style of today’s game. Have a look at the article I have written about basketball positions if you need more in-depth information.

The basketball court consists of two baskets on both ends of the playing area. The dimension of NBA and NCAA basketball courts is 90 feet by 50 feet. The FIBA (Fédération Internationale de Basketball Amateur) international standard is 28 meters (92 feet) by 15 meters (49 feet).

There are boundaries drawn on the court to meet the prescribed court dimension. These are the endlines and the sidelines. The areas beyond these lines are not part of the playing court. A line is drawn in the middle of the court to separate a team’s backcourt from its frontcount. The backcourt is your team’s own basket while the frontcourt consists of your opponents’ basket.

The free throw line has a distance of 15 feet from the basket. There are also free throw rebounding spots designated for players during free throws. A radius is drawn around the basket to indicate the three-point line. A shot taken beyond this line will be counted as three points if it goes in. Any shot made inside the arc of the radius will be counted as two points.

Each team is allowed to enlist 15 players in their roster. The NBA allows only 13 of them to be activated in a game. During the course of the game, only five players from each team are allowed in the playing court. Substitution of players is allowed during logical breaks of the game like during a timeout or when the referee blows the whistle to call a violation.

The teams are required to wear their uniforms during official games. There will be assignment of dominant colors for your uniform. One team will be assigned a dark-colored uniform while the other will be assigned a light-colored uniform to avoid confusion during the game. Players will have their listed numbers visible in the front and back of their jerseys. This will allow the referees and game officials to identify the players against the submitted roster.

In the NBA, the duration of the game is divided into halves with each half having two quarters of 12 minutes each. In the NCAA, the game time is not divided into quarters but only into two halves of 20 minutes each. If the score is tied at the end of regulation time, an additional five minutes of game time will be given. This is called the overtime.

The game starts with two players at mid-court with the referee tossing the ball to the air. This is to determine which team gets the first possession as the two players try to gain control of the ball. This is called the jump ball. Possession of the ball will then alternate after a successful shot through the basket. 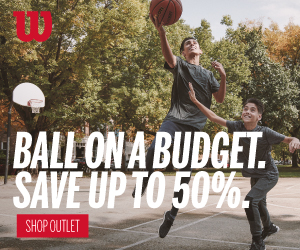 The game can only be played with the hands. Running with the ball, kicking it with any part of the leg, and using the fist are not permitted. The ball can be passed from one player to another. You can pass, throw, dribble, tap or roll the ball in any direction to reach the front court.

Points are scored when the ball passes through the basket from above. A time out can be called by the coach to stop the play in order to discuss their strategy. This happens during logical breaks of the game and is referred to as a dead ball situation.

Interference of the ball when it is on its way down to the basket is not allowed. This is called the goal-tending violation.

A technical foul is called when an unsportsman-like conduct occurs. This violation covers cursing, intentional physical contact causing harm to your opponent, fighting, and excessive timeouts.

A free throw is a situation wherein a player is given an opportunity to score one point without being defended. This is awarded to a player or team when a violation is committed by the opposing team.

The referees will ensure that the game rules are followed. Proper conduct when communicating with referees must be followed. A violation may be incurred if players or team officials complain or argue excessively with the referees.

Differences Between NBA And NCAA

There are several differences in the way the game is played between the NBA and the NCAA. Here are a few of the differences.

And there you have it, a summary of basketball concepts. I hope this article has helped you learn the basics of basketball and has armed you with the knowledge to take the next steps forward. All the best and keep enjoying the game!